Saturday 2022 April 30 - 7:30 PM
WV Culture Center
State Capitol Complex, Charleston
From the lyrical sound of the quena, or Andean Flute, to the haunting tones of the six-foot long pan-pipes, Andes Manta performs the vibrant music of the Andes on more than 35 traditional instruments.

The four Lopez brothers were raised in the traditional way, celebrating the cycles of life with the music and dance of their ancestors. Like most Ecuadorian children the boys made flutes and panpipes of native bamboo, and learned to play from older musicians. At a remarkably early age, the Lopez brothers gained a reputation throughout the music circles of Quito as a formidable talent in the folk music world.

Fernando Lopez -  A founding member of ANDES MANTA, Fernando has played the entire range of  Andean instruments since childhood. He specializes in strings, and most often plays the guitar, the bandolin and the charango.

Luis Lopez - The second founding member of Andes Manta, Luis is a noted virtuoso on the charango and the quena, the Andean flute. Luis learned to play in the traditional  Andean way without benefit of written music. Luis has been performing since the age of 13.

Jorge Lopez - The youngest of the Lopez brothers, Jorge specializes in the Andean stringed instruments. Like the rest of the group he also plays all 35 instruments in their repertory. Jorge joined Andes Manta in 1991 and continues to learn the art from his older brothers, a cultural pattern repeated for thousands of years in the Andes.

Bolivar Lopez - Like his older brothers, Bolivar learned to play Andean instruments as a child. He is a noted wind musician, and is the featured performer on the ronadador, an Ecuadorian panpipe that is unique in the world for the "chordal" note that it produces. It is a difficult instrument to play and requires substantial dedication and talent.
This engagement of Andes Manta is made possible through the Special Presenters Initiative program of Mid Atlantic Arts Foundation with support from the National Endowment for the Arts and the WV Department of Arts, Culture and History.
The Green Fields of America 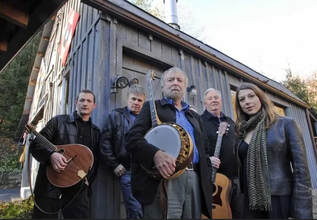 Saturday 2021 October 9 - 7:30 pm
WV Culture Center
State Capitol Complex, Charleston
​The Green Fields of America celebrate Irish music and dance in America, telling of the flood of Irish who set out for a new life in the West. While meeting immigrants from throughout the world, they championed the ancient traditions of Ireland. Led by Mick Moloney, this extraordinary group will transport us through snapshots in history.

The group continues to feature some of the most celebrated names in Irish American music and dance.
​
Mick Moloney (banjo, vocals and octave mandolin) combines the careers of folklorist, musicologist, arts presenter and advocate, professional musician, and professor of music and Irish studies.

Billy McComiskey (accordion) is a highly regarded player and composer of Irish traditional music. A Brooklyn native, he started studying accordion with the late Sean McGlynn from Galway in his early teens. He won the All-Ireland Senior title in 1986.

Niall O’Leary, (dancer) is a former All Ireland and World Champion dancer, performing regularly as a solo artist, with his professional dance company, The Niall O’Leary Irish Dance Troupe, in duet with Darrah Carr, and with various acts such as Mick Moloney’s Green Fields of America and various other acts.

Liz Hanley (fiddle) plays with great energy and flair and is a fine singer whose repertoire spans multiple genres from Irish traditional and rock to hip-hop and classical.
greenfieldsofamerica.com
​
A Very Chaise Lounge Christmas 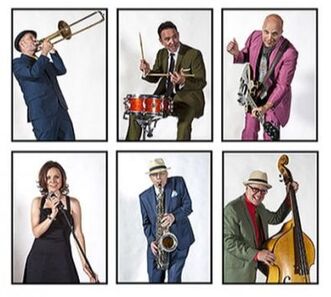 Saturday, 2021 December 11 - 7:30 PM
​WV Culture Center
State Capitol Complex, Charleston
A Very Chaise Lounge Christmas is sure to delight our audience! Chaise Lounge performs a blend of music that sounds like it was recorded at Capitol Recording Studios in 1962 and somehow found its way to today’s pop charts. We call it “Early Stereo” or Lounge with a capital “L”—smooth and easy with a special holiday twist.

Marilyn Older Her voice is truly an American Original. An evening spent with her is an evening spent in the warm, inviting glow of one of the most wonderful voices singing in America right now.

Tommy Barrick can be heard with a variety of acts ranging from swing & jazz to latin, funk and punk around the DC area.

Gary Gregg A leading exponent of swing clarinet, hot tenor and cool flute, his playing provides bands with both the soaring clarinet and “down home” tenor playing reminiscent of the swing era.

Joe Jackson began playing trombone at the age of twelve and has many band credits prior to joining Chaise Lounge in 2012.

Pete Ostle is a versatile bass player, band leader and tuba player who served with the U.S. Army Band “Pershing’s Own” based at Fort Myer, Virginia, as well as several other army bands and chorales.
Website: chaiseloungenation.com
Videos: chaiseloungenation.com/category/gallery/cl-videos/
﻿John Lilly Tribute 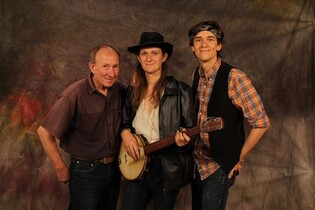 Saturday, 2022 January 8 - 7:30 PM
The Clay Center
​(Use the Walker Theater entrance on Brooks St)
​John Lilly, multi-talented instrumentalist and singer, will be both featured and honored during the John Lilly Tribute. In recent years John has become known as one of America’s finest songwriters. The tribute will include an all-star cast of musicians doing their interpretations of John’s original songs, and John’s trio with Mason Lilly and Georgia Lilly. 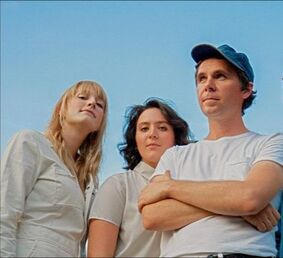 Saturday, 2022 February 5 - 7:30 PM
​WV Culture Center
State Capitol Complex, Charleston
​Bill and the Belles have captured a freewheeling, lighthearted approach to music that has endeared them to listeners of every generation. With a spirited sound that falls somewhere between old-time country and vaudeville, the group puts its own spin on a golden era of music—the 1920s, 1930s, and 1940s.

Kris Truelsen (guitar, vocal) was raised in the mountains of Colorado and has been an avid fan of early country music most of his life. As the first to earn his masters degree in Appalachian Studies from East Tennessee State University, he continues to expand and share his knowledge of traditional American music.

Kalia Yeagle’s (fiddle, vocal) expressive and versatile fiddling is quickly positioning her at the forefront of a new generation of acoustic musicians. She takes inspiration from her upbringing in Alaska, where long winters and strong, diverse communities have produced a music scene unlike any other.

Aiden VanSuetendael (banjo, banjo-uke, vocal) grew up in a musical family in Florida, influenced by her parents’ eclectic musical tastes: from Irish ballads to traditional country to classic rock. She studied bluegrass and oldtime banjo at Denison University before moving to Nashville, TN. There Aiden has immersed herself in all kinds of traditional country music with countless opportunities to play and record. She is immensely thankful for the experiences she has found through music and is excited to be part of Bill and the Belles.
Téada

Saturday, 2022 March 5 - 7:30 PM
Capitol Theater / Resurrection Church
123 Summers St, Charleston
​The highlight of the Celtic Calling WV weekend, Téada returns to perform in downtown Charleston. A leading exponent of Irish traditional music, Téada is driven by a fascination for the timeless, expressive force of music inherited from previous generations of musicians. Irish Music Magazine describes the band as “at the cutting edge of the next generation of Irish musicians...with a fierce familiarity with the old ways.”

Paul Finn (button accordion) - Paul Finn from Co. Laois is one of the finest button accordion players in Ireland. Known for a pulsating and rhythmic performance style, his playing has been featured prominently in major international touring dance productions, as well as in the indigenous session scene in Ireland.

Individual concert tickets are $25 for the general public, $20 for seniors, and $10 for students. Children under 13 attend free and receive tickets at the concert.

Tickets will be available through FOOTMAD.org, by calling 304.729.4382, or at the concert door.
Buy Single Concert Tickets
COVID

As we face another COVID surge FOOTMAD is aware things may change rapidly. If we are forced to cancel concerts we will provide refunds to anyone who asks. We hope it will not come to that, but the health of our supporters and community is our first priority. We look forward to seeing all our FOOTMAD friends again so please get vaccinated!
FOOTMAD
PO Box 1684
Charleston, WV  25326